To communicate effectively and succeed in school, children must process what they hear accurately. 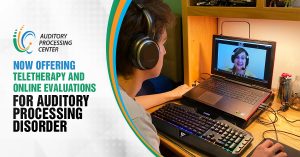 Auditory processing is what turns sound into usable information. It is the ability of the central auditory nervous system to take in and understand the information you hear, processing the auditory information at an acceptable speed.  For most of us, this occurs naturally.  However, many children struggling academically have a listening problem caused by the brain not processing sounds in the normal way.

With an Auditory Processing Disorder (APD), the individual’s hearing sensitivity is normal but processing and understanding what is heard is compromised.  Most of the time a child will pass a basic hearing test, but the ears and brain do not fully coordinate.  This interferes with the brain’s ability to recognize and interpret sound. APD can make it hard to distinguish small sound differences within words, remember what was heard, and keep up with ongoing speech, especially when there is background noise or when more than one person is talking. When there is a breakdown in listening skills, it can disrupt the normal acquisition of language, leading to speech/language delays and difficulties communicating. This can adversely impact a child’s success in school, self-esteem and/or personal relationships.

APD affects 43% of children struggling in school, but it can easily be overlooked or be mistaken for other learning disabilities or conditions such as ADHD. It is also common for APD to coexist with other disorders.  APD may co-exist with ADHD, speech and language delays, dyslexia, learning disabilities, autism spectrum disorder, sensory integration disorder, visual perceptual or visual processing deficits, and hearing loss.

Since many teachers and other professionals have never heard of APD, children often do not get the early identification and treatment they need to reach their full potential. For example, many people have heard of dyslexia, but few are aware that research indicates that up to 70% of children with dyslexia have an underlying auditory processing disorder. Overlooking an auditory processing disorder can lead to years of extra reading instruction working around an underlying problem. Since the treatment for APD is very different from other learning disabilities, if APD is not identified and treated, it makes it much harder for a child to communicate effectively and succeed in school.

APD is treatable. Some types of APD can be completely remediated within a few months. Adults may also suffer from APD, but it is not too late to get help. No two individuals with APD are the same, and since there are different types of APD, symptoms will vary from person to person. 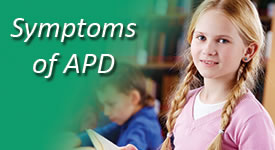 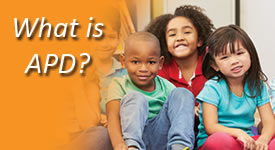 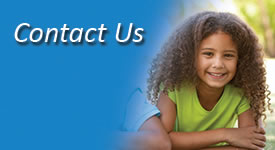 70% of Children with Dyslexia have an Underlying Auditory Processing Disorder